Read about the impact of Can't Stop Columbus

“On a normal day 200 to 250 families come to the food pantry at the Mid-Ohio Foodbank. On Wednesday [March 18], we did a drive-through and served 564 families,” reports Mark Mollenkopf, Mid-Ohio Food Collective’s* Strategic Solutions Developer. Acknowledging such demand may become the new normal for a while, Mollenkopf says, “We’ve got to find a way to move an incredible volume of people through.” 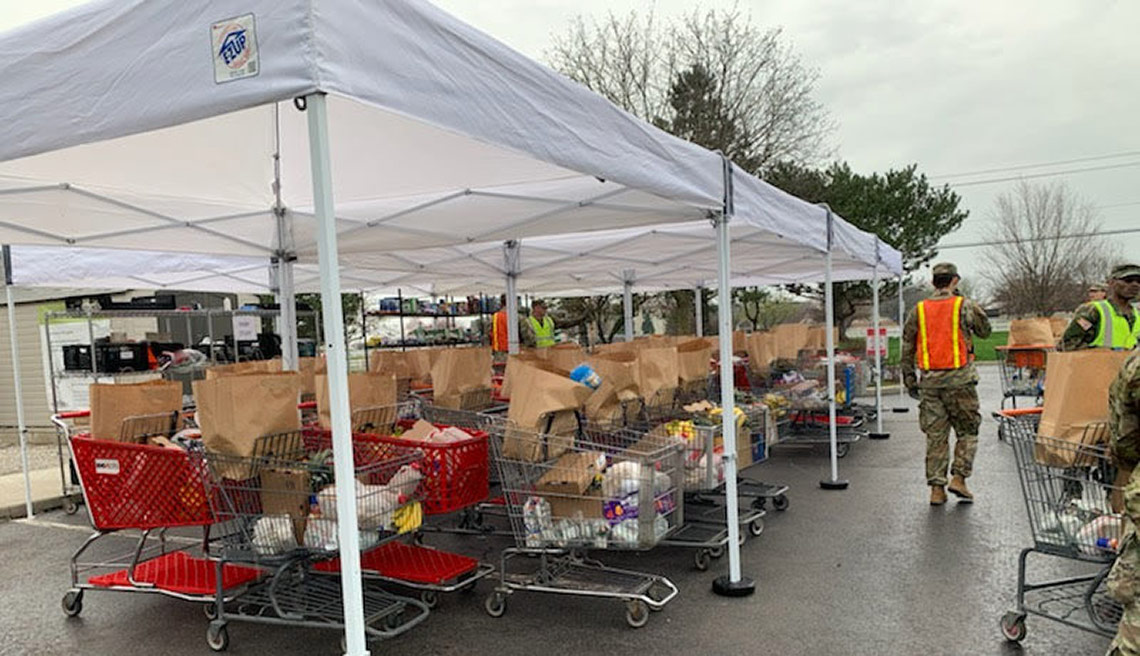 Mollenkopf had no doubt it could; he’d already been developing an app, FreshTrak.com, to expedite food distribution, but a working prototype was still 90 to 120 days out. Within 24 hours, Mollenkopf found himself pitching his project on a conference call to dozens of Can’t Stop Columbus volunteers.

The app would need to:

“The work we do here can be immediately used across our nation so that no other food bank has to worry about figuring this thing out.”

Can’t Stop Columbus members responded enthusiastically, divvying up roles and charging ahead. Karen Greene, who is applying her skills as a business analyst and project manager, signed on because she recognized the “real need and mission to get food to people.” Mark Sun, an organizer of GiveBackHack Columbus, also jumped in to offer his expertise in product development. And, ZoCo Design, the local user experience and product design agency that was already working on FreshTrak pre-COVID, refocused their team to rapidly define the UX/UI as well as to expedite the creation of the FreshTrak brand, this time as a donation through Can’t Stop Columbus. In total, there are over a dozen Can’t Stop Columbus team members currently focused on pushing FreshTrak over the finish line.

Mollenkopf is not only associated with Mid-Ohio Food Collective, he’s also one of the technology leaders in Feeding America. “Feeding America,” he explains, “is the association of all of America’s food banks, an umbrella organization for advocacy and policy regarding issues of hunger.” Mollenkopf is in frequent communication with his Feeding America colleagues nationwide and reports many food banks are anxious to deploy the upcoming FreshTrak app in their own states. Thus, he’s urging the Can’t Stop Columbus team to think big: “The work we do here can be immediately used across our nation so that no other food bank has to worry about figuring this thing out.”

FreshTrak.com is aiming to go live by April 6, 2020. Since it’s being built for national application, it has the potential to assist 200 food banks and thousands of other non-profits with safe and efficient distribution of supplies to tens of millions of Americans.

How COVID-19 is changing food bank best practices: In pre-COVID times, food distribution typically occurred via agencies’ food pantries. Some of these pantries were housed in closed-in spaces, like a church’s basement, and overseen by elderly volunteers. With social distancing in place and senior citizens urged to stay home, most food banks have now pivoted to serving their populations with an on-site, drive-thru system. Food recipients register online beforehand, drive to the food bank or other large distribution site at a prearranged time, wait as their car’s trunk is loaded with provisions, and drive away without ever exiting their vehicle.